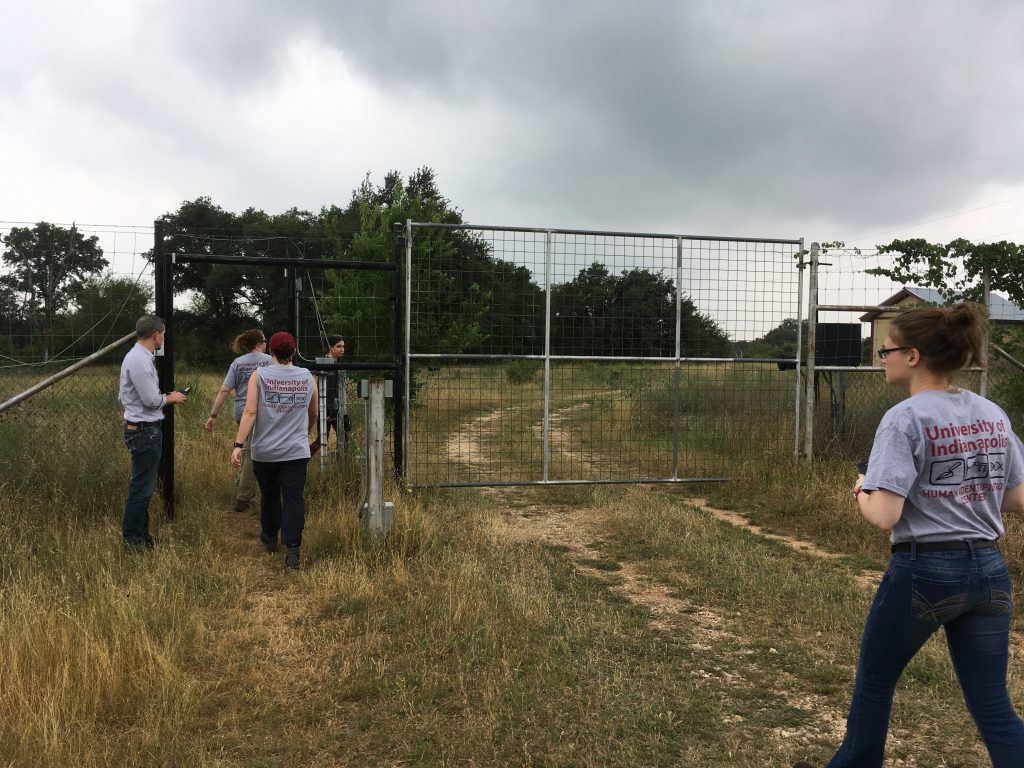 When I explain my field of study to friends and family members, the conversation almost always involves mention and questions about the renowned “body farms,” where research concerning the process of decomposition takes place. Until today, the only knowledge I was able to offer about these body farms stemmed from word of mouth and reading about some of the research being conducted there. Today, as a break from skeletal analyses in the lab, my fellow UIndy students and I were able to visit FARF, the Forensic Anthropology Research Facility at Texas State University. And it was even cooler than I thought it would be. 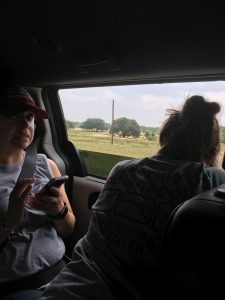 Our visit to FARF began with a light-hearted warning about fire ant mounds. Having visited Texas earlier in January, I thought I was familiar enough with the presence of fire ants to be able to avoid them easily (having been stung by one during said previous visit), but boy was I wrong. When the UIndy team was working in the field in Falfurrias, we would come across small ant holes, with fire ants pouring out of them, but they were fairly few and far between. At FARF, the fire ants created large mounds and almost every other step was carefully placed to avoid being swarmed. Needless to say, our eyes were glued to the ground being sure to avoid stepping on any of the mounds. Of course,

we were  then warned about the large spider webs spanning the trees, so while our eyes were searching the ground for fire ant mounds, we were also conscious of what might be hanging between the trees.

Despite the insect and arachnid activity at the facility, FARF was very impressive. While walking through and observing the numerous research and educational projects being conducted there, I couldn’t help but think of new research questions that could be investigated there. The decomposition process is so highly variable and there are so many factors that may affect it that the possibilities for research are endless.

FARF is also where Texas State University allows their donated bodies to naturally decompose, while protecting them from carnivore scavenging. I greatly appreciated the amount of respect and sensitivity given to the wishes of those donating their bodies to the facility, and the amount of donations that FARF typically receives in a single year was impressive and inspiring, providing more opportunities for research in the field of forensic anthropology. 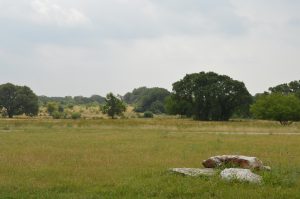 The end of the tour took a slightly more serious tone for me. Our final stop was the fenced enclosure in which the remains of the migrants who have perished crossing the border are allowed to decompose until they can be processed and analyzed. This final stop was made even more significant by the fact that the remains currently being held there were those that our UIndy team had recovered during the field season earlier in January. It was very humbling to see the next step in the process that will hopefully lead to the identification of these individuals whose families are still wondering what happened to them. Not only is FARF a very impressive research facility with many important projects being conducted there, but it is also part of the process that has brought the UIndy team to Texas year after year – to help identify those who have perished as a result of the crisis at the border.