Day three started in a similar fashion to the others. Amanda and Justin went with Sister Pam to fill water stations, Ryan worked with Hailey filling in missing persons reports, and I worked with Eddie to make modifications to the training course that had been requested we repeat on Friday for a wider audience.  When Justin and Amanda returned we worked on constructing new water stations.  The barrels had been painted and drilled and the lids had been numbered, but the poles needed to be drilled in order to construct the long flag poles.  The poles are made from three pieces of pipe of different sizes nested into one another.  The largest in diameter was fitted upon a piece of rebar that had been pounded into the ground. The middle pole had a slightly smaller diameter and was nestled into the larger pole with a screw strategically placed to stop the smaller pole from sliding all the way down inside the larger one. The smallest in diameter carried the flag and was nestled into the middle pole in a similar fashion. 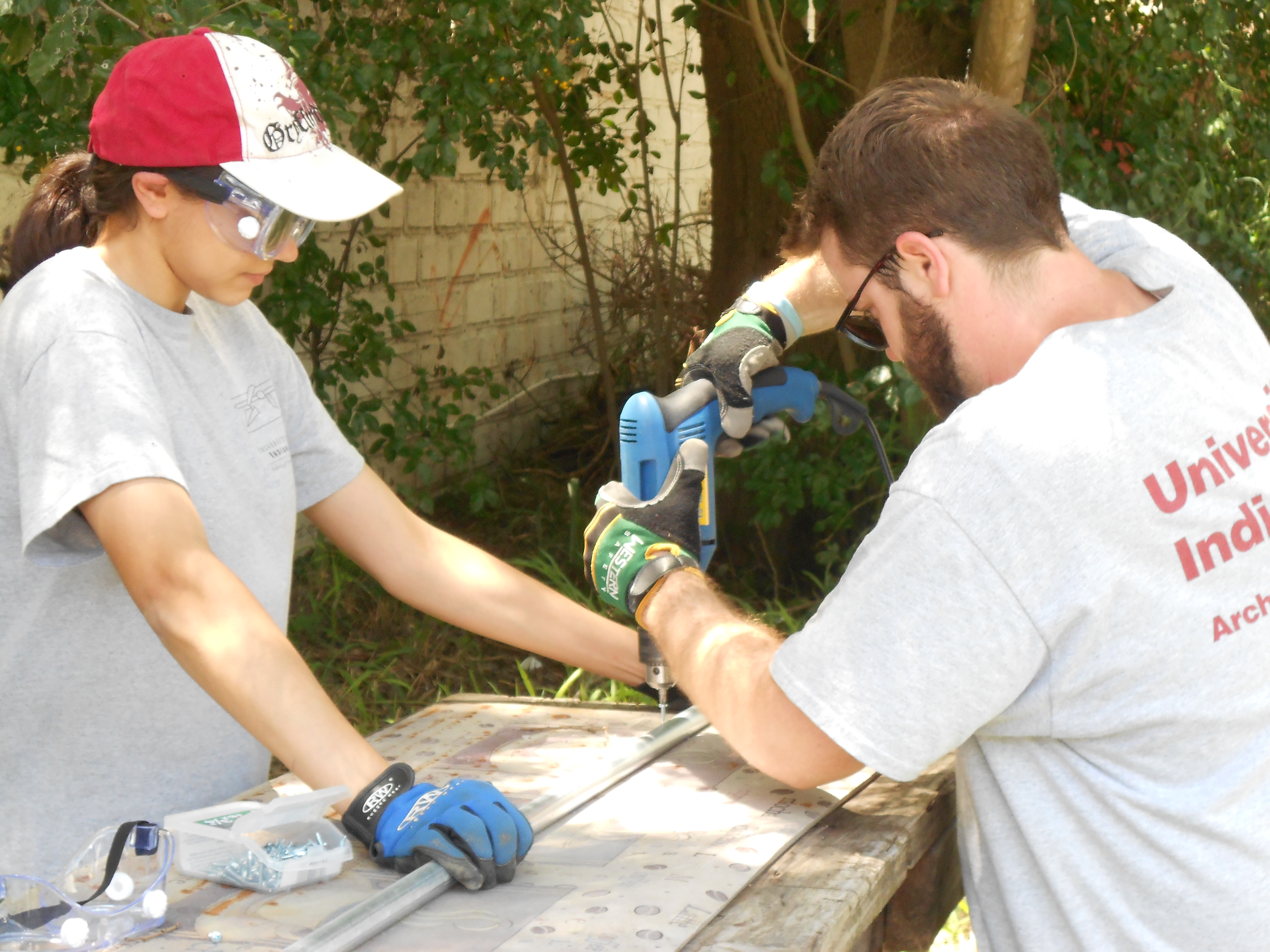 Ramon, a local Falfurrias High School student, was spending his summer volunteering at STHRC and arrived in time to help with this process.  After the poles were drilled, Sister Pam asked Justin, Ramon, Ryan and I to help her repair some of the damaged stations on one of the routes.  Amanda was to go with Eddie to fill stations on another route.  The repairs we needed to make mostly involved the flags and poles.  The long poles bend in the wind and eventually sag to the point that they cannot be seen as prominently as when they are placed upon a straight pole.  So we would take the long poles apart, straighten them and put them back together. We also had to repair a few flags.  I learned from Sister Pam that the cost of constructing a new water station is about $60.  The flags get damaged relatively quickly and cost about $20 a piece. In addition they spend about $50 a week on water. To construct and maintain the life saving water stations relies on donations to the STHRC. 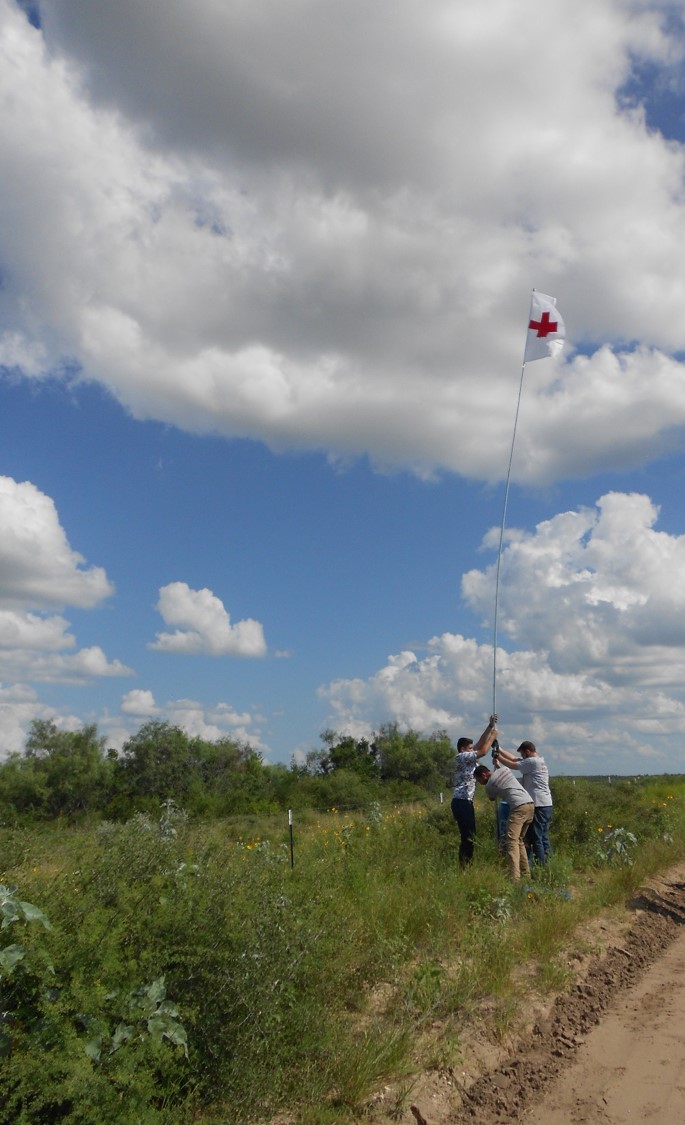 That evening Sister Pam invited us to dinner at her house.  When Eddie and Amanda arrived they had an additional volunteer with them.  We learned that this young man came into STHRC with five other family members to report his uncle missing. They had traveled from Las Angeles, CA to Falfurrias, TX because they knew he was last seen in Falfurrias.  His uncle was traveling through Brooks County and stopped to rest.  He didn’t feel he could continue with the group he was traveling with, so he told them to continue and that he would try to get to the road to turn himself in to Border Patrol.  That was a month ago.  They came to STHRC to file a missing person report and go everywhere they could think of to find their family member (hospitals, morgues, detention centers).  The missing man’s nephew wanted to help fill water stations and asked to volunteer. He then joined us for dinner.  He asked us questions about the identification process and told us more about himself and his family.  Then he looked at us and said “It’s sad, but it is life.” It’s hard for me to imagine a kind of life where going missing or dying is almost considered normal.  That statement speaks volumes to the hard life these migrants face.  The actions of this family speak to their strength and courage in a difficult situation.  They traveled to Texas and spent two days going to different organizations looking for their missing family member.  Even though their hearts were breaking they volunteered at STHRC to save others and took time to get to know us and share an evening with us.  After dinner we all watched Who is Dyani Crystal, a film that follows the identification process of a body discovered in the Arizona desert.  It must have been a difficult film to watch considering  their family was in a similar situation, but he wanted to see it to understand more about the journey and the identification process.  Sharing the evening with him was a special experience.  As we said our good byes we wished him luck in finding his uncle.  He hugged each of us and thanked us for helping his family.  What started at as a routine day filling water stations ended with a very unique experience that none of us will forget.