What. A. Day. We went into today knowing that we had our work cut out for us but, true to form, the day was still full of surprises.

Not least of all of these surprises, our first night in Rio Grande City was accompanied by severe thunderstorms and flash flooding. As much as I was enjoying sitting by the window and watching the thunder and lightning, as the parking lot of the hotel began to flood, I knew that this likely did not bode well for our work in the morning. Sure enough, upon arriving at our area of the cemetery, it was mud, mud, mud. 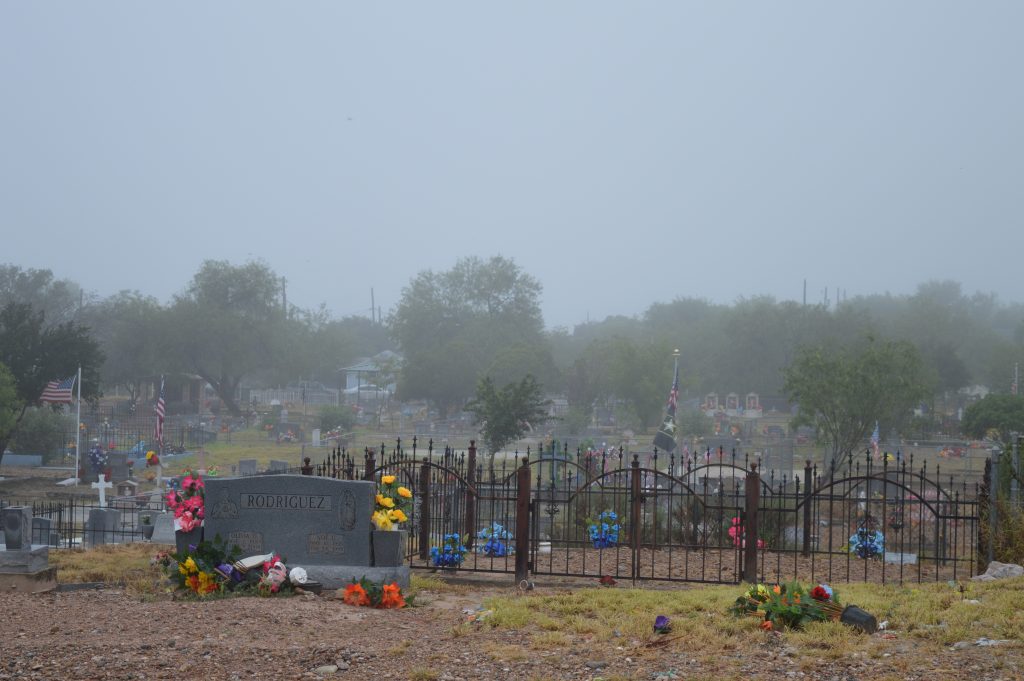 Going into our work in area 2, we were informed that there were five unidentified individuals possibly buried there. According to Silvestre, the man who buried them, all of the individuals were buried 5 feet deep. From prior experience, however, we were doubtful that they were actually buried that deep, as many people often exaggerate or overestimate such dimensions (digging is hard work, after all).

We began the day following the plan that we had set out the night before – clearing trash and debris from the site, measuring and mapping, 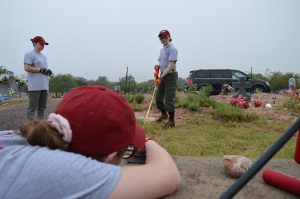 “shovel-shining” (really just removing the mud and grass, with most of it stuck to our shovels and boots), attempting to probe the ground (somewhat unsuccessfully, due to the very hard cement-like clay that the rain had created), 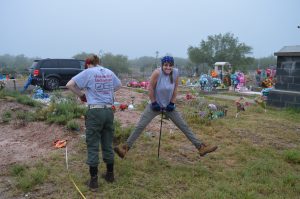 and then proceeding to strategize our approach to uncovering the burials. Digging through the peanut-butter like clay was definitely hard work and we were grateful for the overcast skies during the morning. Later on, we were even more grateful for Silvestre and his back-hoe. He offered to help us out and ended up removing about three feet of dirt. As the sun began to peek from behind the clouds, we resumed digging. 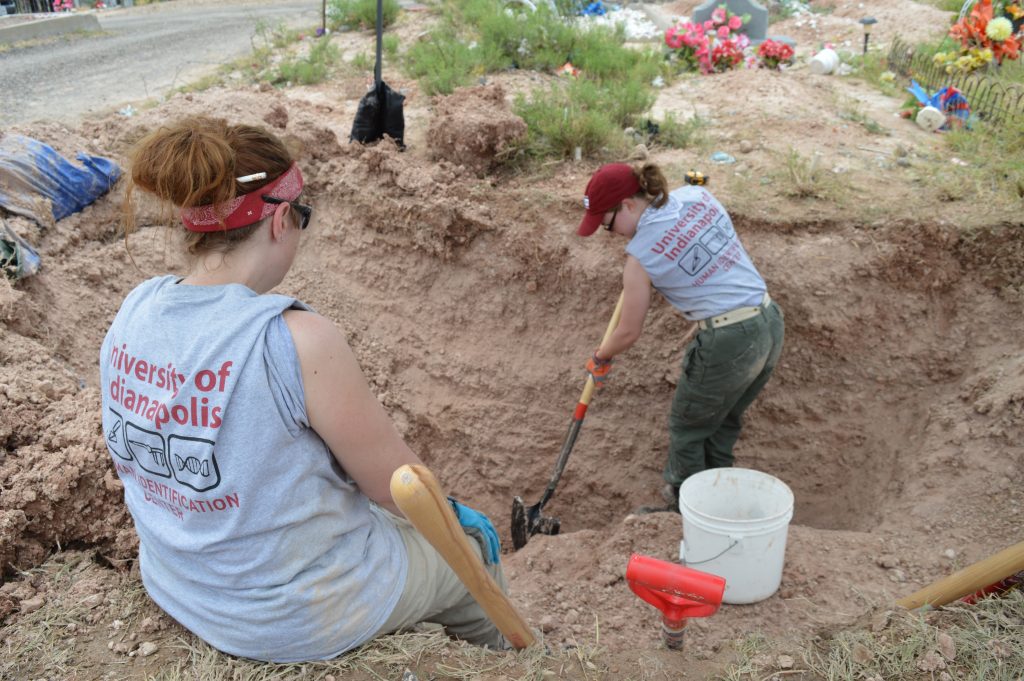 Silvestre, however, was adamant that these burials were 5 feet deep. So he brought the back-hoe back around and ended up creating a very large and very deep pit for us. 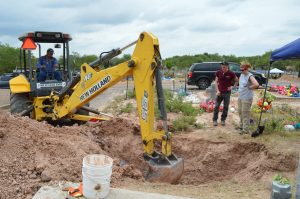 And sure enough, it appears that the first burial we uncovered may indeed have been buried 5 feet deep, just as Silvestre said. The day ended up going a little longer than we had originally planned because we needed to be there to monitor the heavy machinery. I know we are all quite exhausted but also very eager to get right back at it tomorrow morning!