A week in, our muscles are finally starting to feel pretty sore. We’ve been shoveling, troweling, lifting buckets of dirt, pouring buckets of dirt, and moving equipment around all day. I got to thinking about the amount of work we’ve been doing and decided to put some math to work (with whatever part of my brain that isn’t fried from the heat) to get an idea of how much work we’ve been doing.

Each quadrant in our overall grid measures 4 meters x 4 meters. As of today, we have finished one entire grid and half of another grid (we have to give credit to Team 3 of Baylor for helping with much of our first grid, some of the remains they exhumed crossed into our grid too). Our standard is to remove at least 80cm of dirt before digging small test pits to about 100cm and probing down to 140cm to look for deep graves. So, I made some calculations based on our above standards.

With a depth of 80cm, each grid measures 12.8 cubic meters. A quick Google search reveals that the average weight of a cubic meter of soil is about 1600kg, or roughly 3,530lbs (the dirt we are moving is much more compact, however, and so 1600kg is likely an underestimate). That means the total weight of the dirt removed from each grid is about 45,150lbs. If we divide that equally between the six of us, assuming we’ve each moved the same amount of dirt, that comes out to 7,525lbs of dirt moved per person.

Of course, there have been artifacts and remains in the dirt that take up some space, but we’ve also been helping out with every other grid and have moved quite a bit of dirt in the demonstration and assisting processes. I decided to see what adding 20cm of dirt per cubic meter meant for total weight of dirt moved. With a depth of 1 meter, each grid measures 16 cubic meters, bringing the total weight of dirt for this volume to about 56,440lbs of dirt per grid. Divided between the six of us, that comes out to about 9,406lbs of dirt moved per person.

We’ve honestly probably moved more dirt than that. Not only do we move dirt out, but we also relocate our dirt piles to access other grids. But I think that we can safely assume that each of us has moved at least 7,000lbs of dirt so far. No wonder our muscles are sore.

Our friend Stevie of Team 5 from Baylor has decided that this normal amount of work just isn’t enough to satisfy her need for fitness, so she has created several exercises that can be done at the field using our equipment. She calls them her CrossFit Moves of the Day: 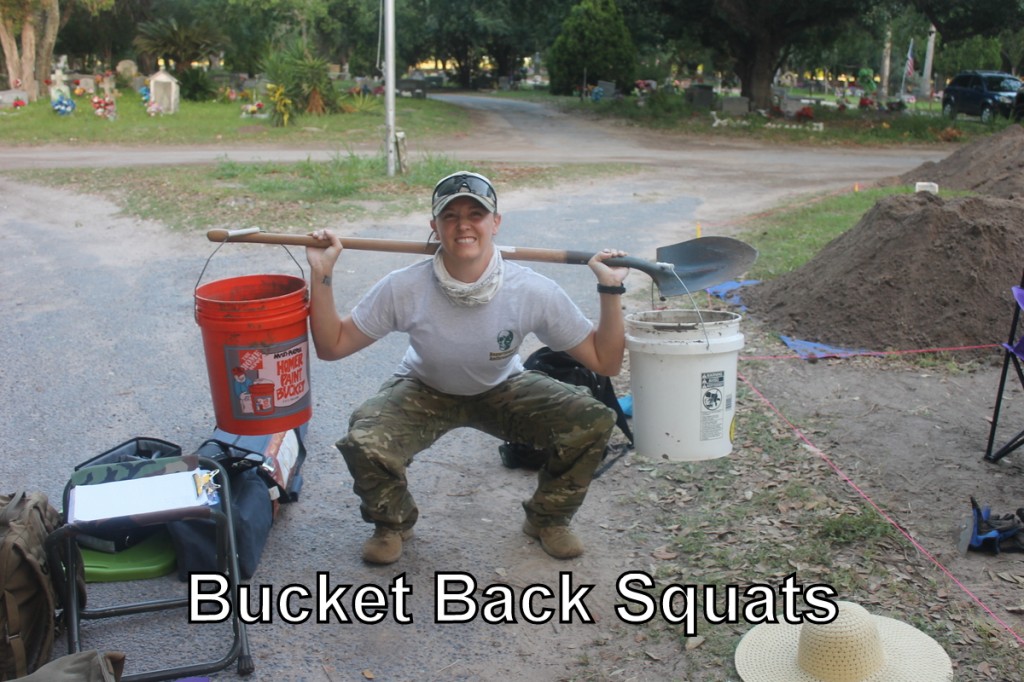 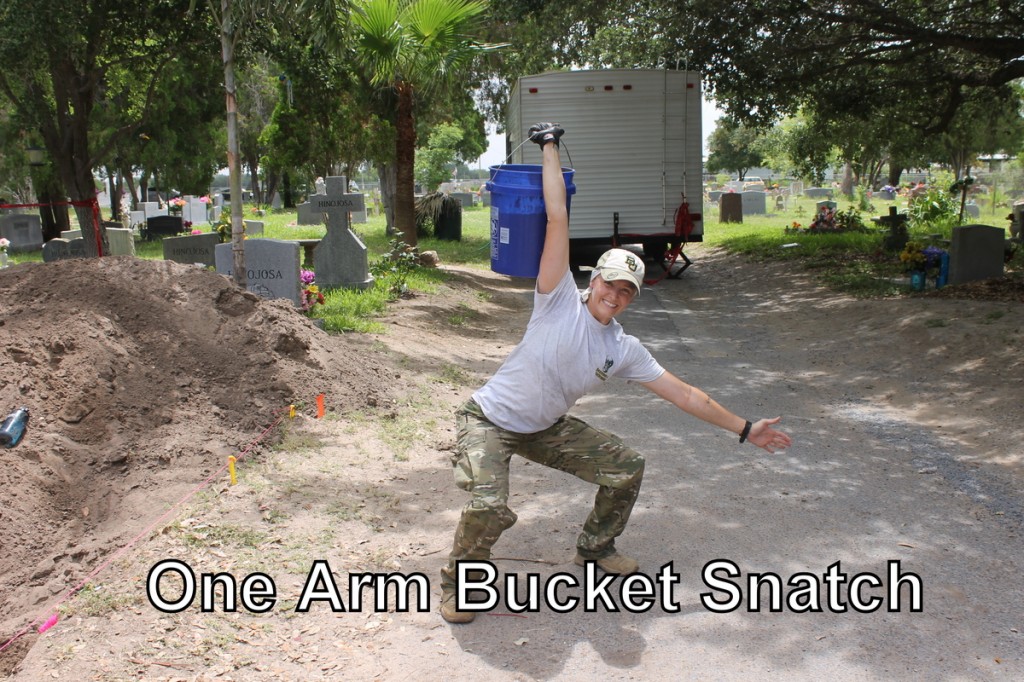 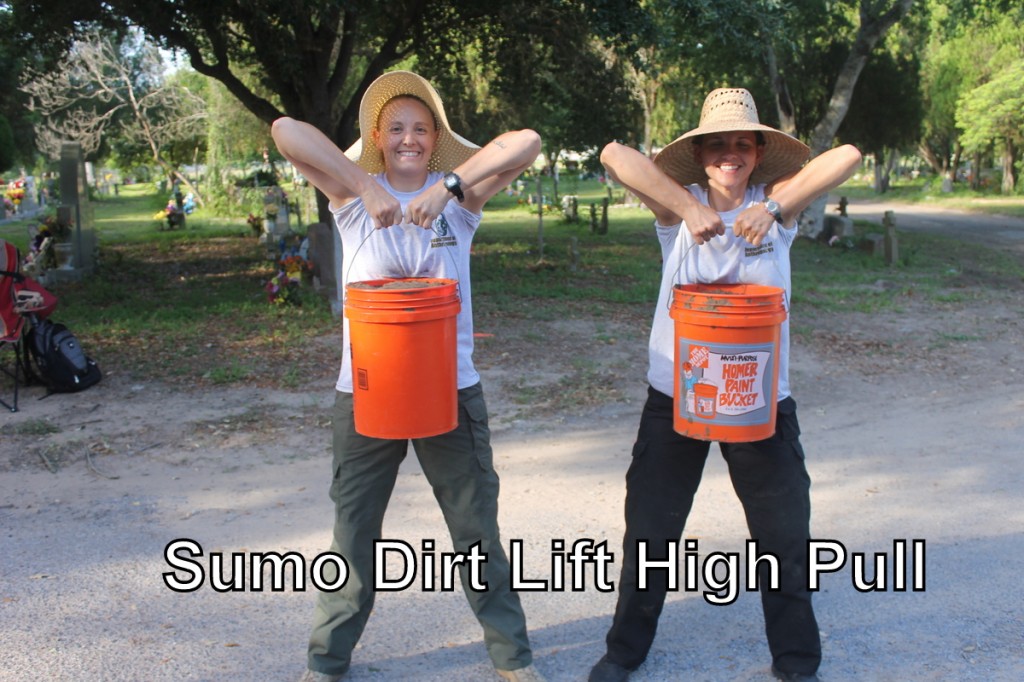 Stevie is just one of the many people from Baylor who inspire us and keep us going. You’ll never find her quitting because her constant drive to challenge herself and push herself to the limits drives her harder and harder with every day, all with a smile on her face. We’ve learned so much from these students, and it’s students like Stevie that keep us trying to better ourselves so that we can do the best job we can. Moving 10,000lbs of dirt is child’s play with Stevie’s attitude.