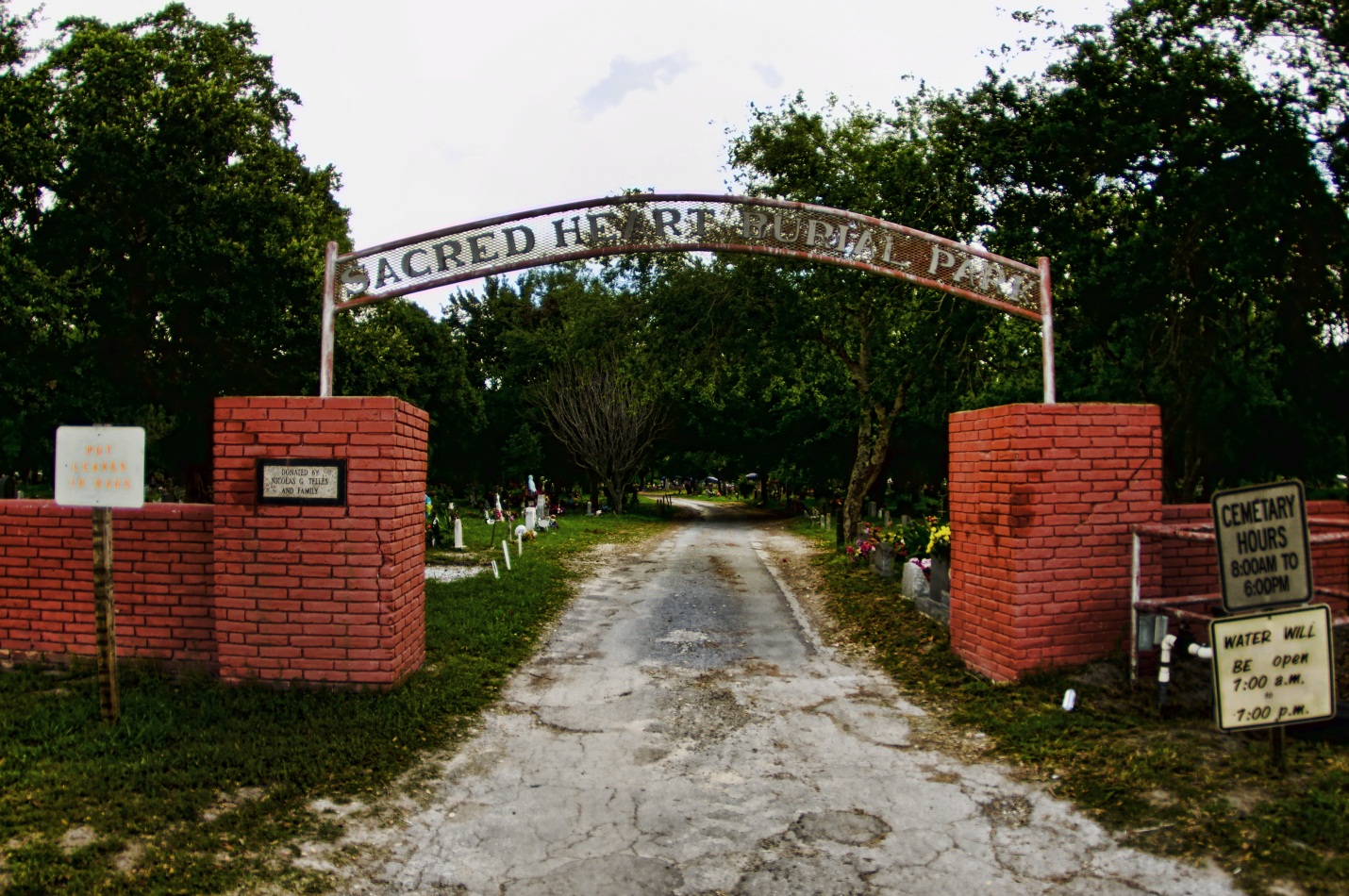 As I was preparing myself for my departure from the comforting biosphere of my air conditioned office at TCU to the oppressive heat of South Texas, I received a text message from Dr. Latham informing me that I needed to head out earlier than originally planned. You see, I was hired by the University of Indianapolis to document the UIndy team and their humanitarian efforts through photographs. The initial plan was that I would arrive on site late Thursday night or early Friday morning, the first week of June, with the directive to shoot the team on Saturday and Sunday. I wanted to arrive a day early anyway because I wanted to immerse myself into the scene to try and get a sense of what I wanted to show through the photographs. 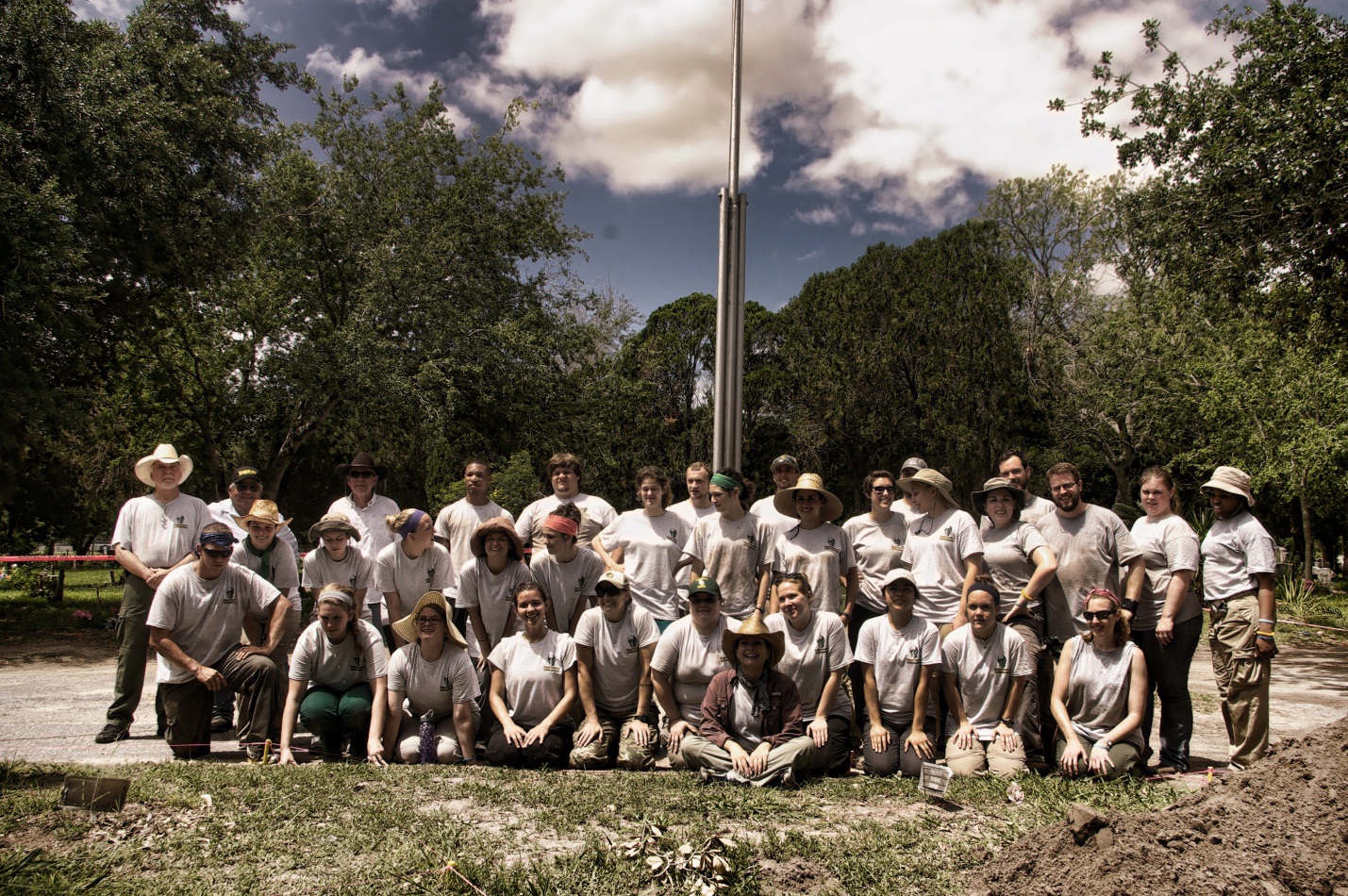 It seems that Baylor University had sent quite a few more students than last year and Dr. Latham was concerned that the pace would be much faster with more people involved. So, I informed my superiors at TCU that I would be leaving the following morning (Tuesday, June 2) and I spent the remainder of that day charging batteries, cleaning sensors and lenses and packing my gear for the trip.

I have been a photographer for roughly 25 years. I started shooting photographs as a teenager – I would take photos of my friends skateboarding and while I tried to emulate my photography heroes whose images I salivated over in the pages of Transworld Skateboarding or Thrasher Magazine, but mostly we would use the photographs to document any progress we were making mastering our skills as skateboarders (I use the term mastering VERY loosely here.)

As time went on, I became increasingly interested in photographing the many abandoned structures scattered throughout our crumbling urban landscape. It started with an old barn in a remote part of West Virginia and before I knew it I was spending more time in spaces devoid of humans as the earth was slowly reclaiming the structures. 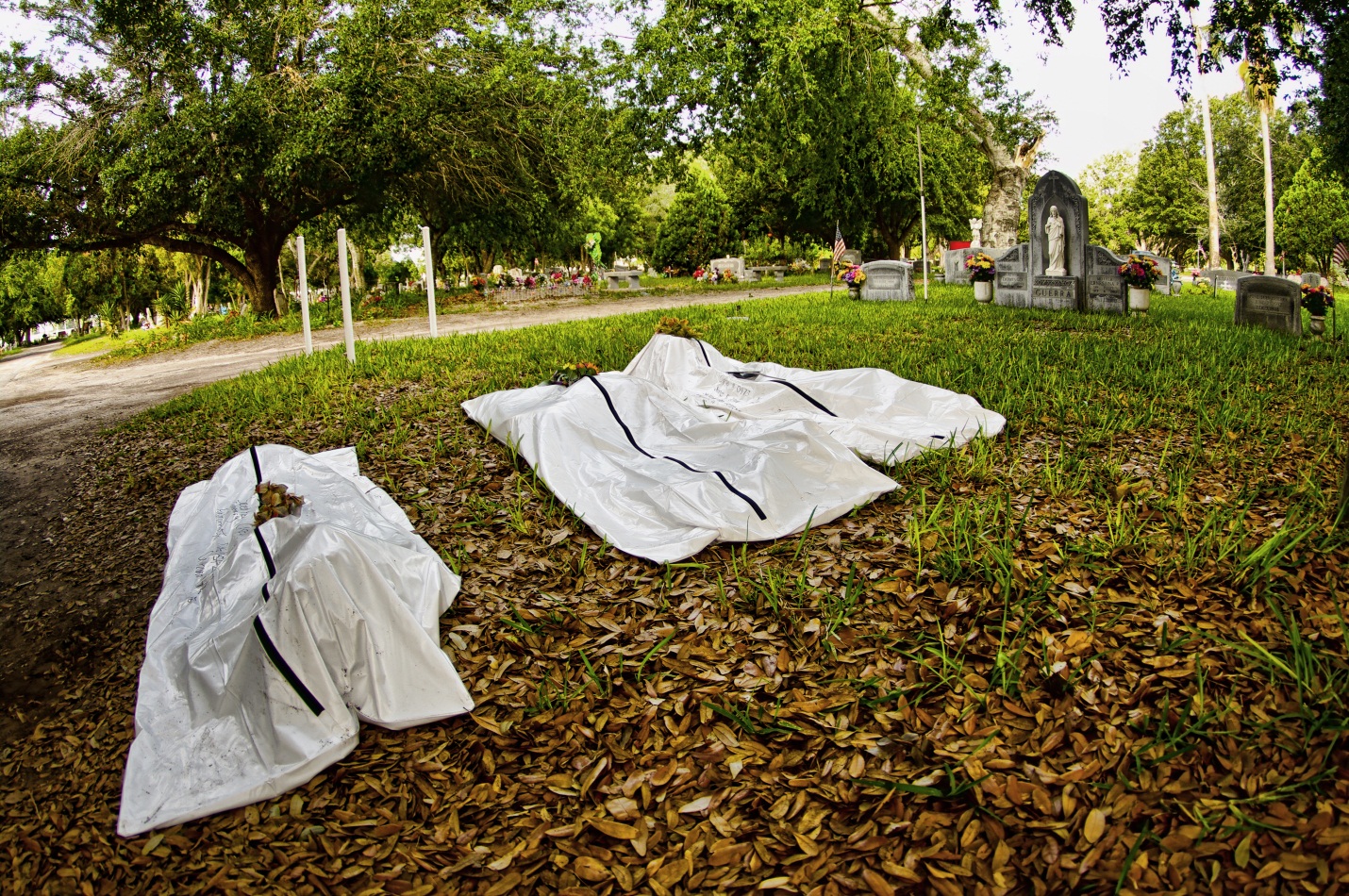 When I was first approached by Dr. Latham about possibly photographing the work she and her team would be doing in South Texas, she presented it to me in a way that I had never even considered. You see, the human beings who have perished while trying to improve their quality of life by crossing the border into Texas, are essentially abandoned much like the locations where I spend the majority of my time. I was thrilled to even be considered for the project because, admittedly, I do not enjoy taking photographs of humans. But I knew this opportunity was something that I simply could not pass up. After exchanging several emails with UIndy Director of Media Relations, Scott Hall, I gladly accepted the offer to be a part of the “team”. 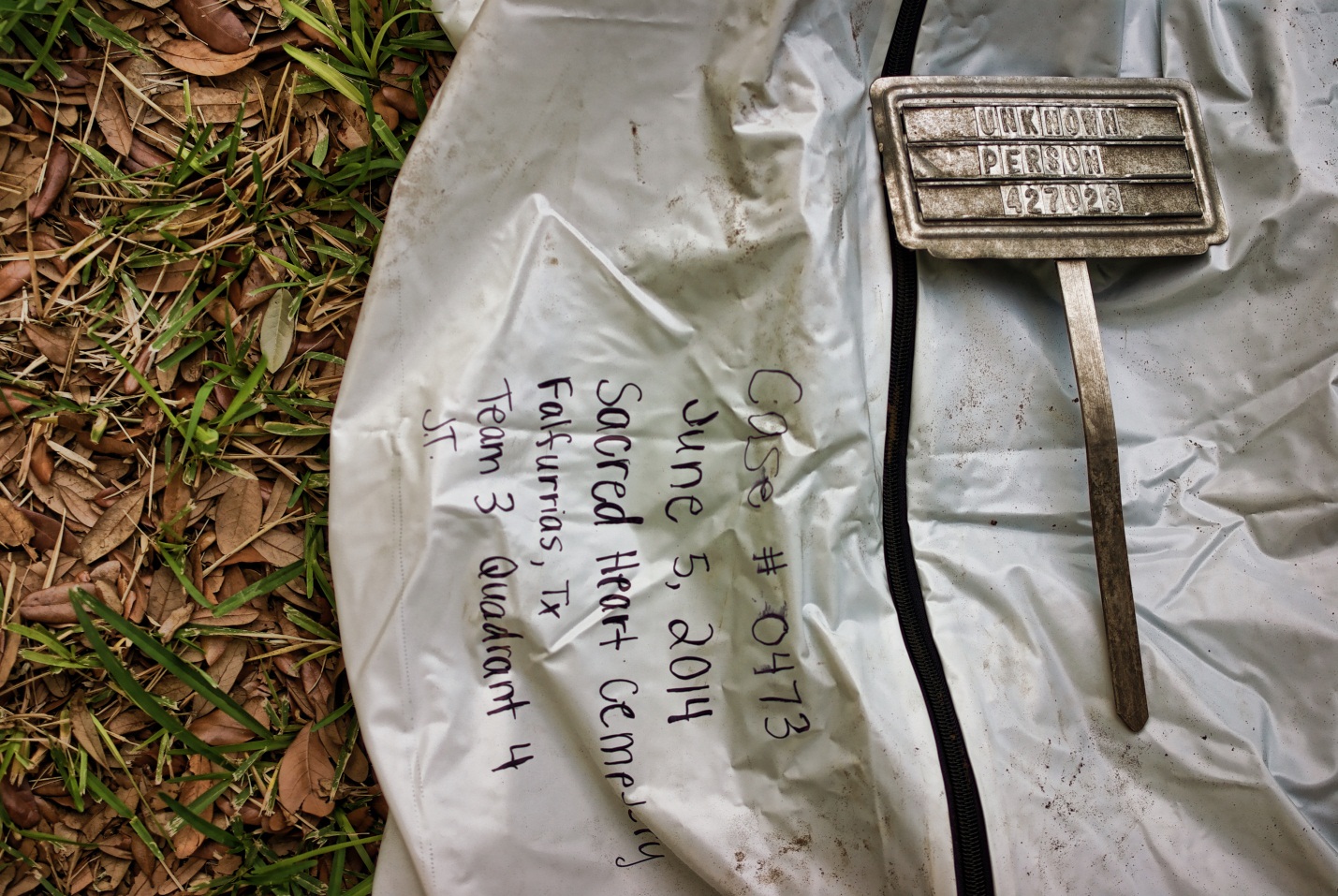 In my preparation for this project, I really did not know what to expect, much less how I was going to capture it in photographs. Fortunately for me, the students from both Baylor University and the University of Indianapolis provided more than enough emotional content as well as physical content that it made my job seem simple in comparison. Quite honestly, their dedication and commitment to the work was incredibly inspiring to me – and it motivated me to do all that I could to capture those moments as best I could. 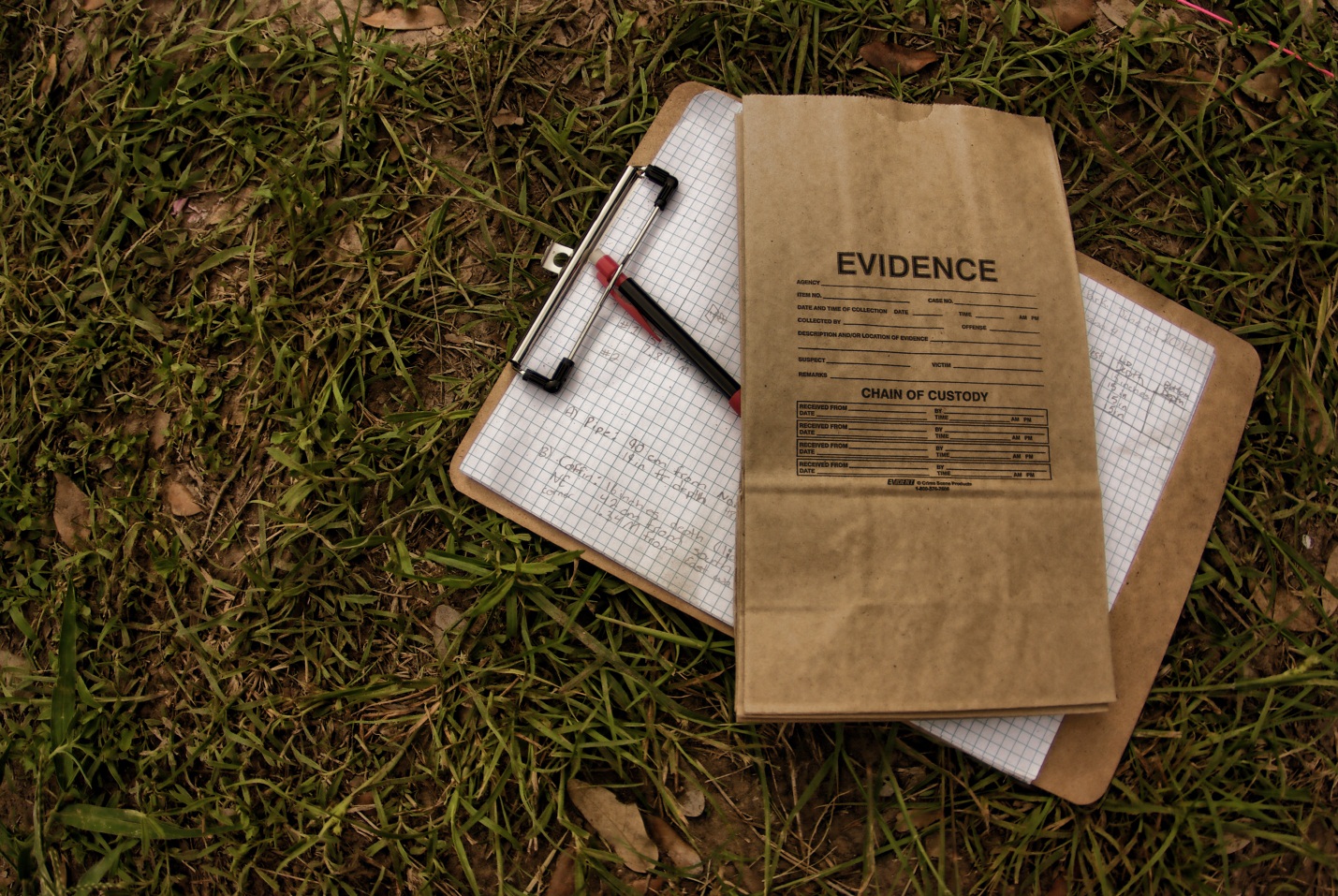 One thing that I did not prepare for was how deeply emotional this experience would end up being for me. Yes, hours spent out in the unrelenting heat took a physical toll on me but the emotional connection that I felt not only with the people involved with the project but also the community of Falfurrias, the documentary film makers who were there shooting, members of the local law enforcement…the list goes on. Basically – if you were on site at the Sacred Heart Burial Park while I was there…I felt some kind of emotional attachment/bonding with you – whether I expressed this or not, it happened and it felt very real to me. 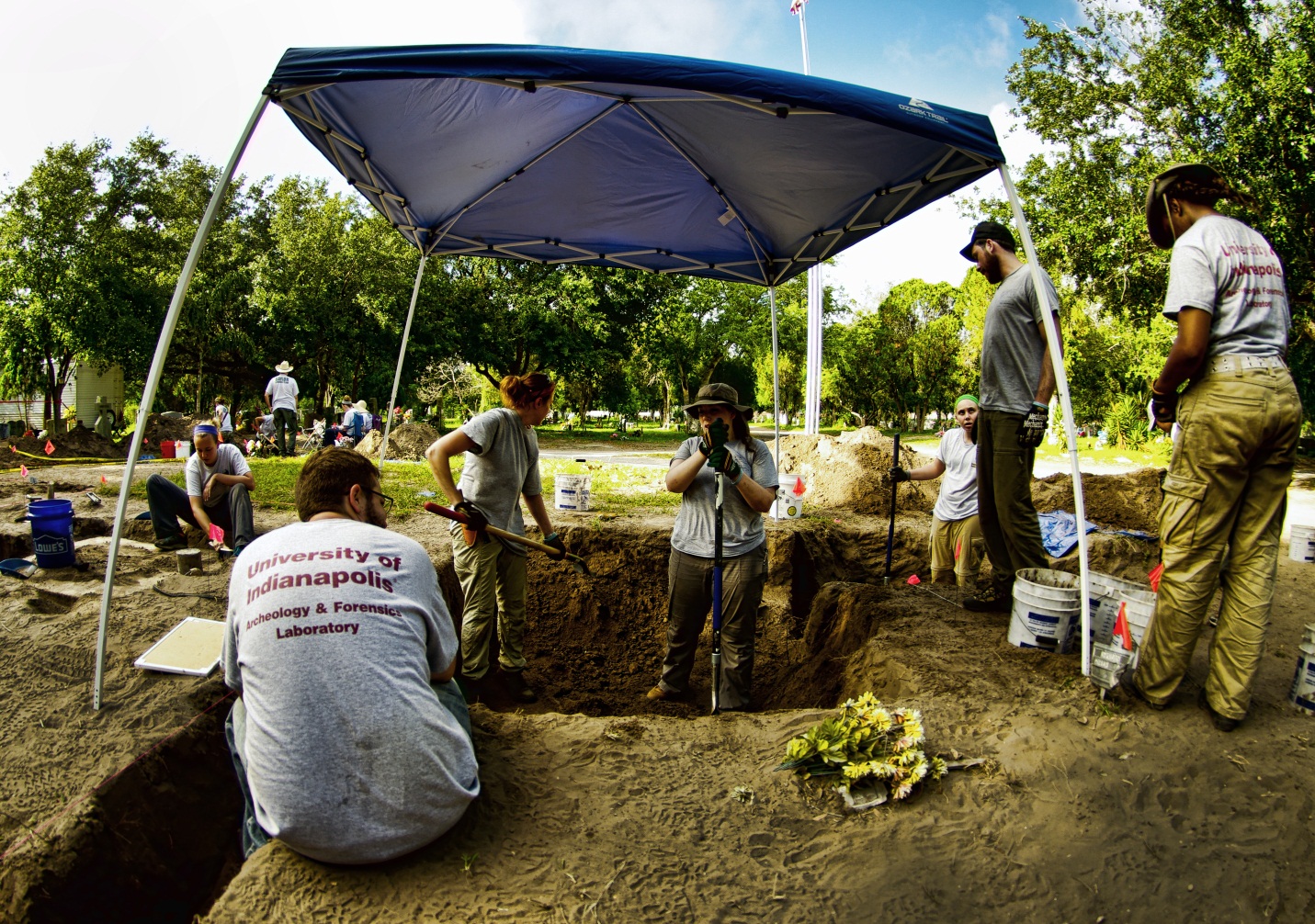 The experience was incredibly humbling, emotionally overwhelming and quite simply amazing. In the span of a little less than 3 days I can say without ANY hesitation that my life has changed forever. I will never complain about my life or its miniscule problems again. I (we) all have so much to be thankful for and I will never allow this feeling inside of me to leave. Falfurrias literally changed who I am in a very fundamental way. 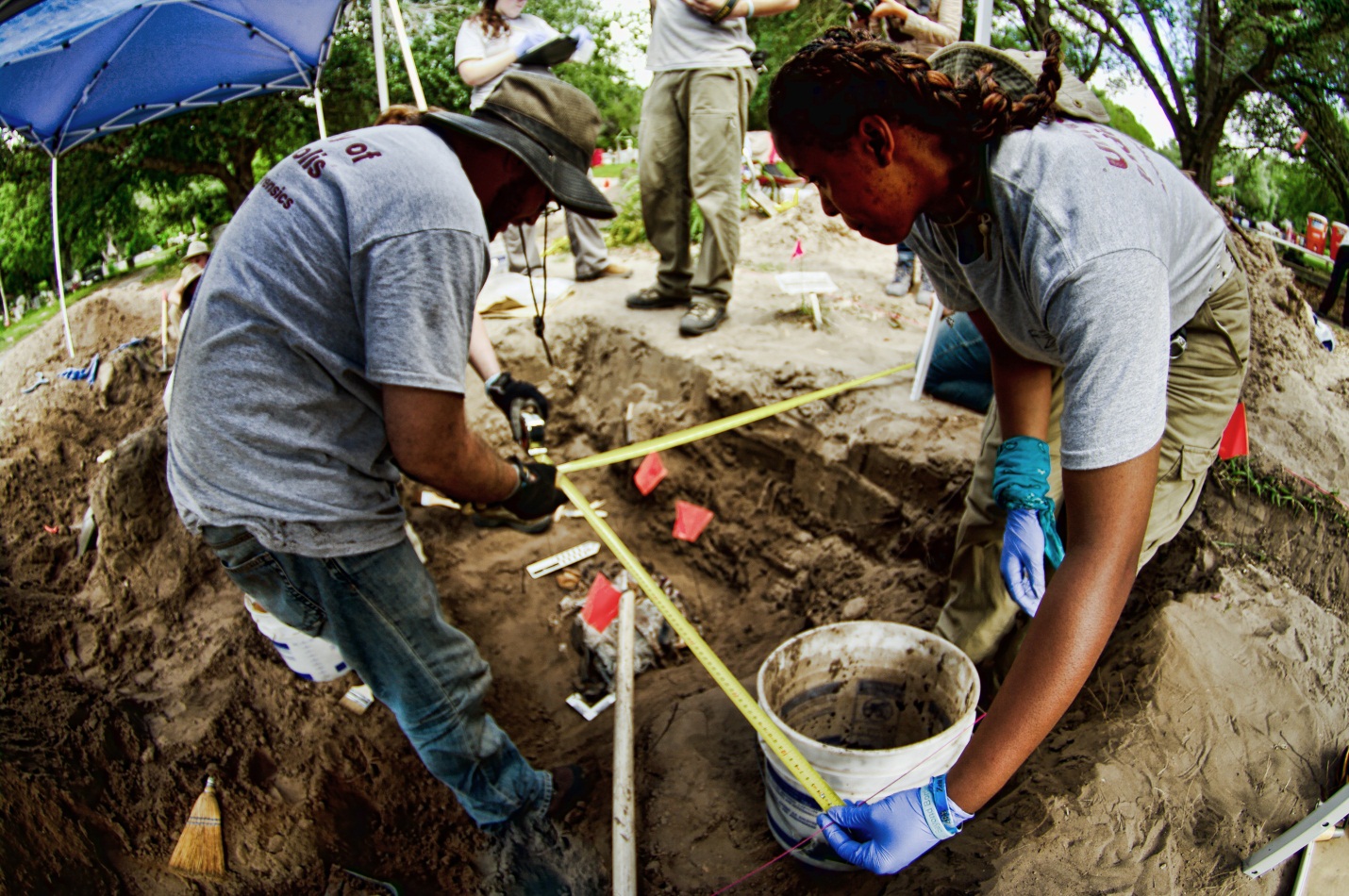 As I drove home after my time in Falfurrias was over, I kept saying to myself “Just turn around Guy…go back…” Though any contribution I made to this project is minute when compared to the students, Dr. Latham and Dr. Baker, I do feel that I played a part by documenting their work and commitment to this humanitarian effort. I am hopeful that I will be given the opportunity to go back to Falfurrias next year to document what should be the final phase of this project. I am honored to have been even a small part of it and I feel blessed that I was able to experience it. A truly heart felt thank you to every single person I met while in Falfurrias – I hope we see one another again next year. 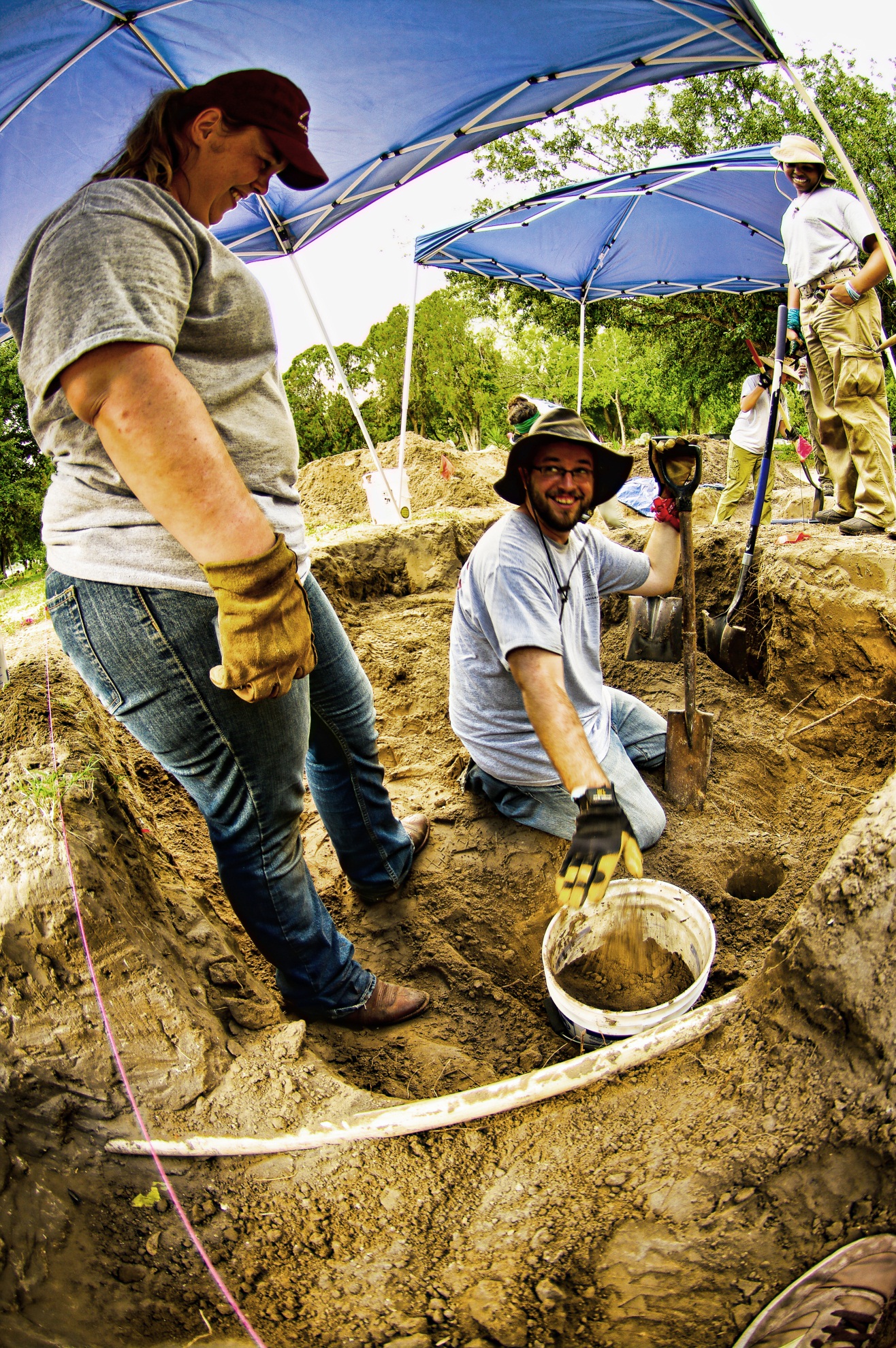 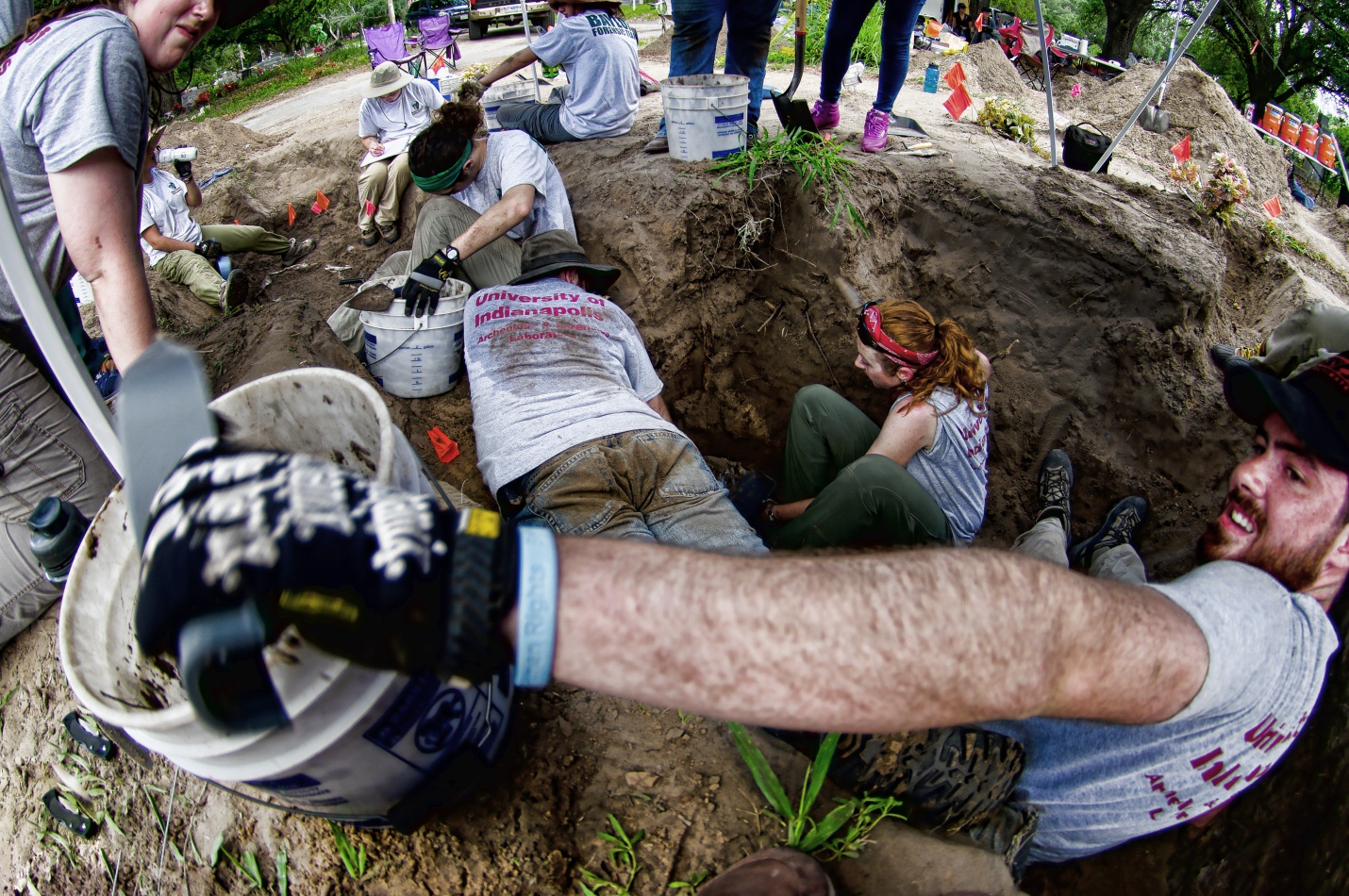 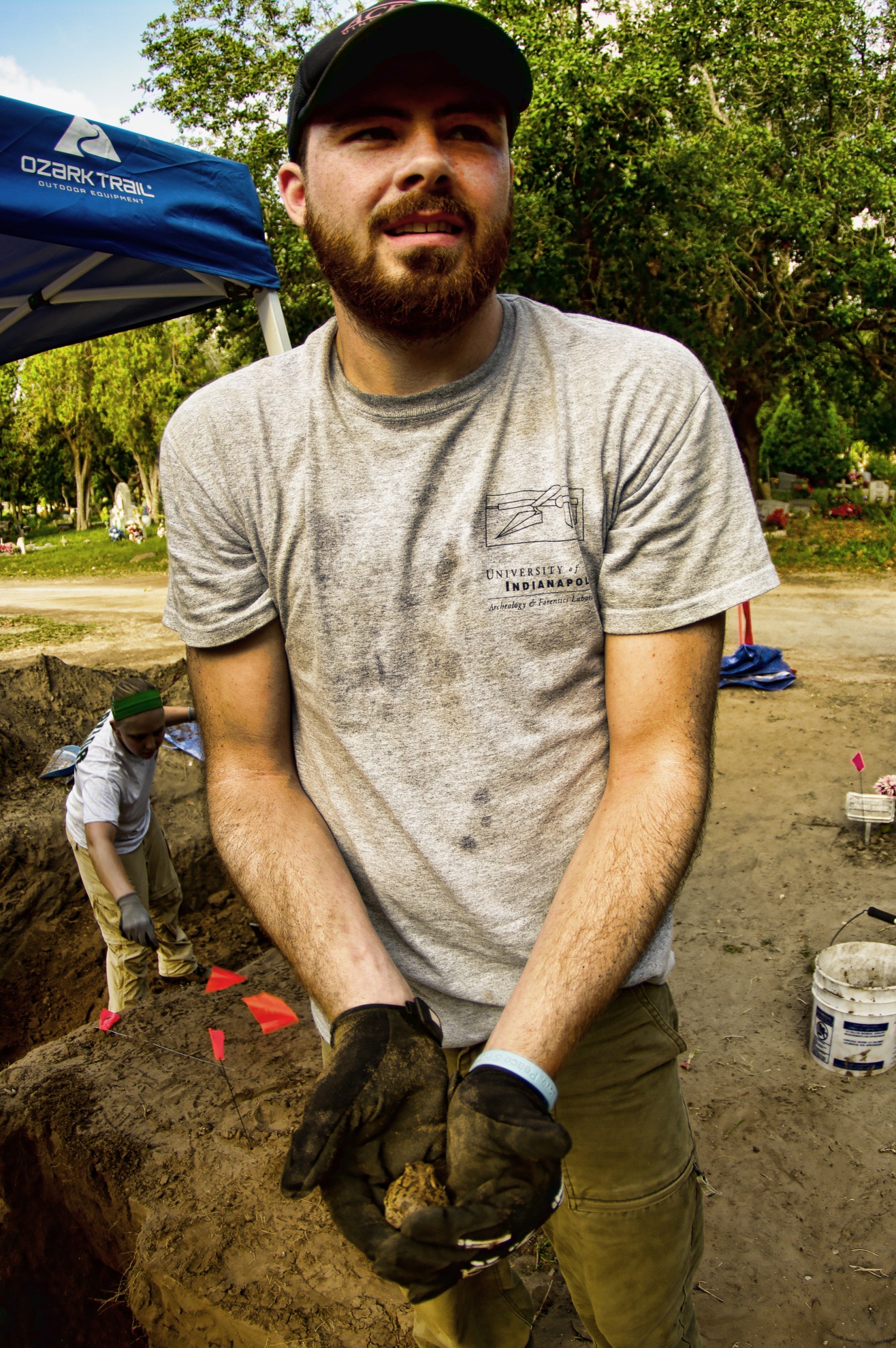