Today we went  to visit the Sacred Heart Burial Park where the University of Indianapolis Archeology and Forensic Laboratory’s involvement in the human rights crisis in Brooks County all began. Back in June 2013, the UIndy team and the Baylor University team started doing work in this cemetery. For those of you joining our blog late in the game, our team helped with the exhumation of undocumented border crossers (UBCs). The UBCs found in this cemetery died while trying to travel through ranch lands after crossing the border. Brooks County lacked the funding and resources to deal with a crisis like this, so these remains were buried in the Sacred Heart Burial Park in pauper graves without identification. So far over 100 sets of remains have been exhumed by Uindy and Baylor.  These groups and Texas State University are working on identifying the individuals through skeletal analysis and sampling for DNA comparisons. 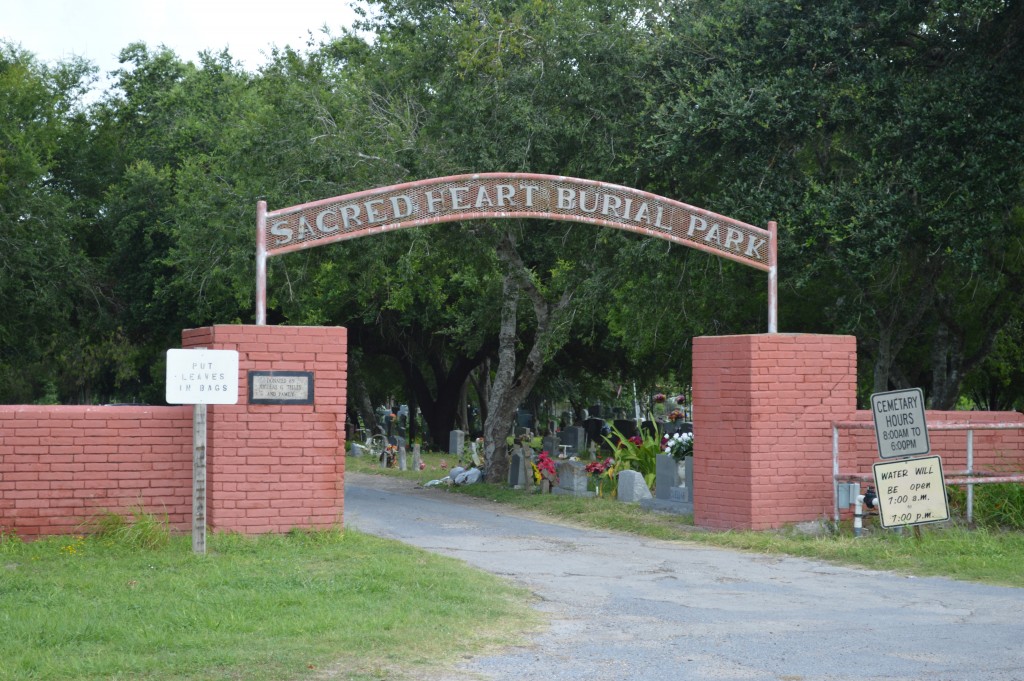 Since I’m new to the team this was my first visit to Sacred Heart. I had seen pictures of the cemetery and the exhumations through various presentations given by Dr. Krista Latham and the more seasoned members of our team. However, the pictures from these presentations failed to capture the essence of the cemetery. When you walk into Sacred Heart, the first thing you notice is the color. Sacred Heart is bright and vibrant with splashes of color at every turn. Hundreds of plastic flowers adorn the headstones making a seemingly solemn place oddly more lively. 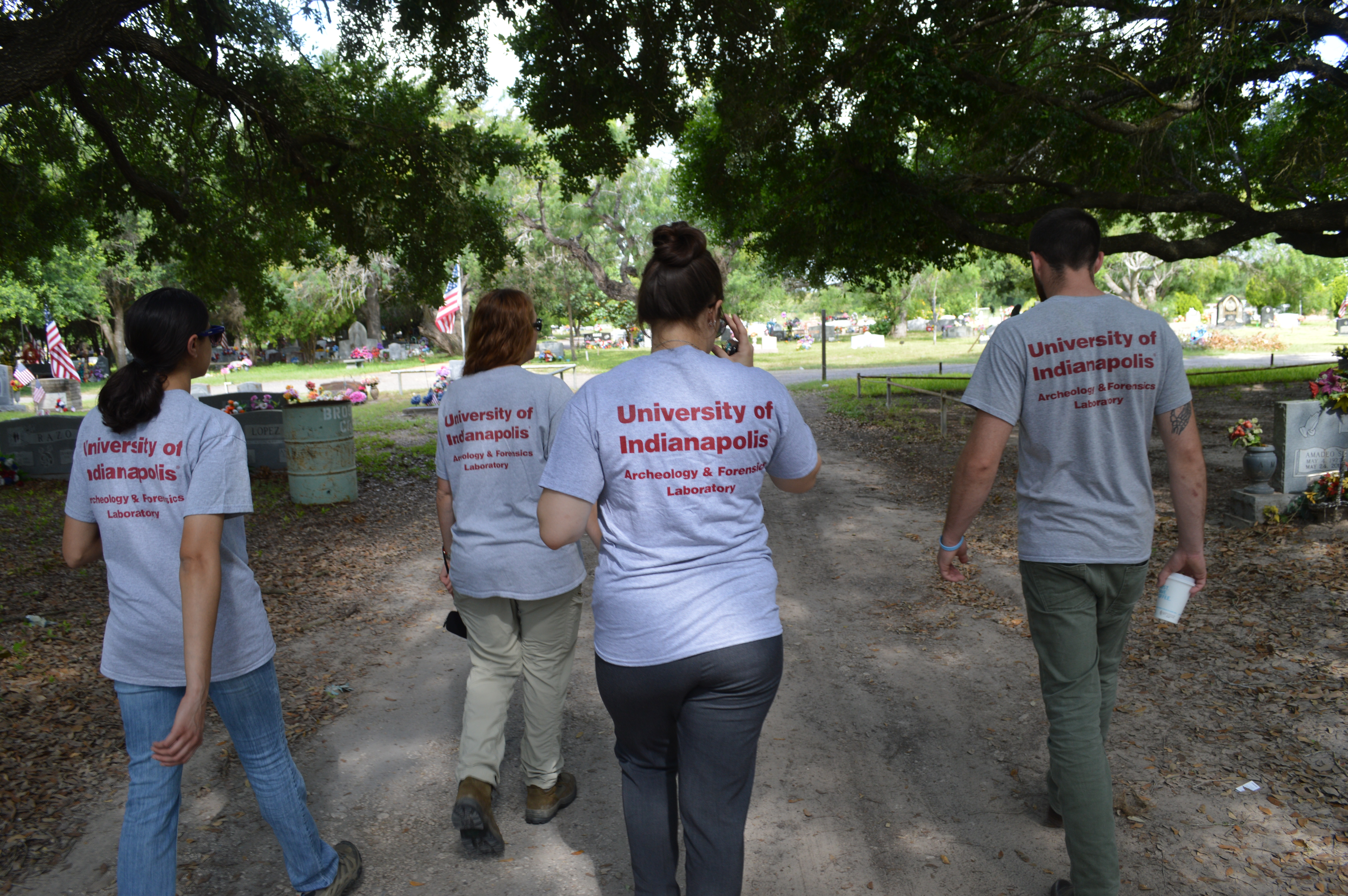 The cemetery seemed smaller in person and was more crowded than I imagined it would be. It was crammed pack with graves that were clearly being cared for. The love and devotion from the family members of the individuals buried at Sacred Heart was tangible, vibrating in the air as we walked through the cemetery. As I approached the area were the exhumations first started, I noticed how incredibly small it was. Pictures had made this area look so much bigger. I couldn’t believe that so many individuals had been placed in such a small space.

The next thing I noticed was a small metal grave marker that was being used to mark a UBC grave. The marker was small and flimsy, labeled with the words, unknown remains, and a death certificate number. Many of these markers had been removed once the exhumations began, but several of these markers still remain. Each marker had been used to mark the graves of the unidentified.  These markers were adorned with colorful  flowers and decorations too, showing that these people had not been forgotten, will not be forgotten, and that their identities will not be lost in the background of this ongoing crisis. 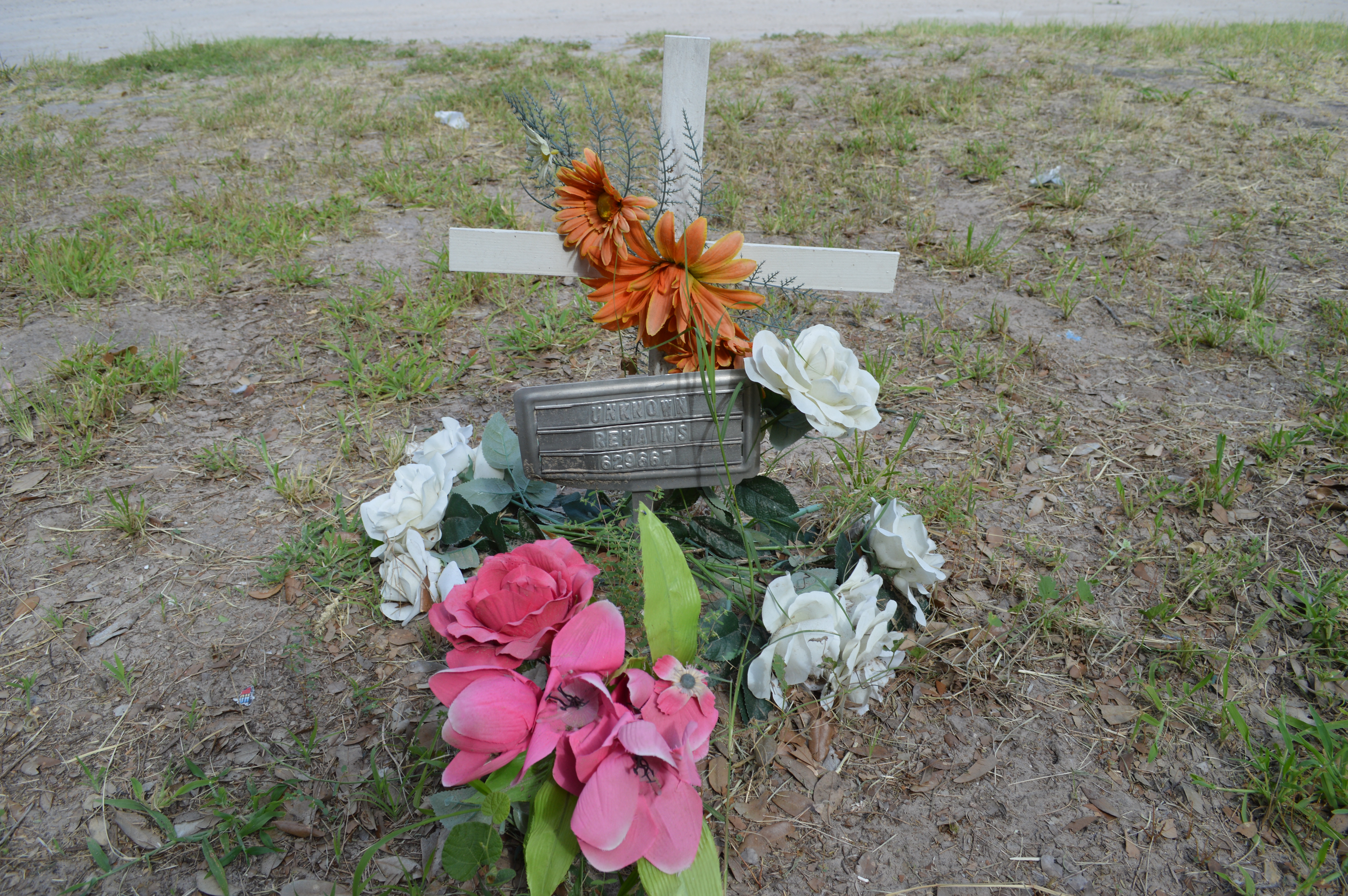