Tuesday, January 15, 2019: This week began a new, and in my case final semester at UIndy. It’s hard to believe that only three days ago the Beyond Borders team was still in Texas, and four days ago we were still up to our eyeballs in dirt. We accomplished all of the goals we set for ourselves this season, and I am so grateful that we were able to experience so many different aspects that can define a migrant’s journey. We were able to visit the border wall at McAllen, a tangible symbol to those on the other side that says, “We don’t want you here”.  We were able to visit a respite center where families seeking asylum are able to shower, eat, and rest after being detained for some time. We participated in search and recovery exercises with Border Patrol and the Sherriff’s office with goals of finding migrants in distress before they succumbed to the effects of dehydration and exposure, or recovering the remains of those who we were too late to help in life, but maybe could provide answers to their families with their death. We repaired and filled the waterstations that save countless lives, and we searched the cemetery for migrant burials of those that had perished on their journey through Brooks county and had been buried unidentified. I wish everyone could experience just one of these, so maybe they would come to see that the migrant journey is not easy nor safe, that these people are fleeing to a country with many people screaming that they are unwanted, and that these people understand the risks but take the journey anyway because they often have no other choice. 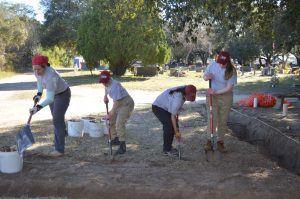 In the midst of the current government shutdown, American citizens are stressed about what the future holds, yet we still have hope that our government will come to an agreement that will bring back a sense of normalcy to the country. The migrants fleeing their homes from poverty, gang-violence, extortion, and corrupt governments do not have that hope. Seeking a better life often means fleeing the only home they’ve known, and taking a chance that a journey north will provide opportunities for a better life – not a great life mind you, just a decent one. Most migrants understand that the journey may very well end in death, but many migrants choose this option because staying in place almost guarantees it. How can we fault people doing what they can to survive? How can a country built by immigrants sentence so many to death? 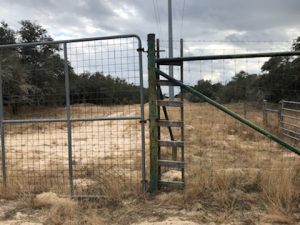 To be declared an American citizen, most of us were simply born here. We did not have to travel thousands of miles, take a test, pay thousands of dollars to an immigration lawyer to argue on our behalf…we didn’t have to do anything special really. In essence, the biggest factor of whether or not most of us are U.S. citizens is LUCK. I would argue that all American citizens are privileged to live here, and it appears that a lot of people are blinded when confronted by the plights of others. We know people are hurting, we know people are dying, but for some reason these people become “other” in a sense that they do not seem close enough, real enough even, to affect us. The Beyond Borders and Operation Identification initiatives are unique in that they allow every participant to see and acknowledge the current migrant crisis, and actually do something about it. The work we did at the cemetery showed us how the number of deaths overwhelmed the county, creating a situation where these remains were buried wherever they could fit. The work we continue to do season after season brings a different perspective on the migrant crisis that is not often portrayed in the media today. It reminds us, and hopefully our readers, that migrants are real people, with real families. The work we do gives names and faces back to the dead, and keeps their memory alive. I would like to thank everyone for supporting the Beyond Borders team this season, and reading along as we blogged about our trip. I hope you all were able to take something away from this just as I have, and you are reminded that there is good in the world, you may just have to take a journey of your own to find it. 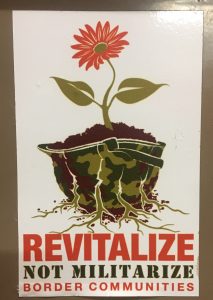 At the end of every day, the Beyond Borders team would open up some Mexican Cokes and cheers to a job well done. I am so proud of everything we were able to accomplish this season, and as this the last season I will participate in as an official Beyond Borders member, I would like to send out this final cheers to my fellow team members. Thank you all for a great trip filled with memories of dirt, roots, tick bites, and tamales; I’ll never forget it.

This morning brought the team to a local ranch where we were able to participate in a search and recovery exercise with Border Patrol and the Sherriff’s Office. I was very excited to participate, as part of my last trip to South Texas with the Beyond Borders team this past May focused on search and recoveries. I’m not sure if I was more excited because it reminds me of my first trip, or maybe it’s because I have had not had the time to reflect on the effects of this season, but something about participating in searches really resonates with me. I feel a closeness in walking the same paths that migrants are taking and observing materials they left behind. Water bottles, sweaters, and jackets – all necessary for the journey, and all items that we carry around ourselves. It’s a reminder that these are living and breathing people, with wants and needs just like our own. I was happy to be able to share the experience with Sammi, Sidney, and Arden, not only for the physical act of performing a search, but in all the other parts that encompass it: the sandy soil that requires a little more effort to walk in, the various spiders and wildlife we come into contact with, the mesquite and cacti that have to be dodged, the feeling of being completely alone and not knowing where you are because everything looks exactly the same. I have presented on our previous trip a few times over the most recent semester, but hearing about searches and actually doing them are completely different things.  The team was even fortunate enough to be covered in ticks by the time the search was over – a truly authentic part of the search and recovery experience! Though we only participated in the search and recovery exercise in the morning, I feel like the whole team was able to take something away from it. A quote from Sister Pam that I stated in my final reflection post from last season still applies here, “You become different people when you put your feet in other people’s shoes…it changes you”.

Day 6. We are officially more than halfway done with our trip here in Falfurrias. Yesterday gave our bodies time to recharge and showed us a broader scope of the migrant crisis. Even though some days felt like we were barely moving inches of dirt, our renewed sense of energy allowed us to finish our second root-filled section before lunch and move on to our third, and largest section yet. After dealing with enough roots to last all of our lifetimes, we were excited to find that our new section had very few roots, and areas with nice, soft soil.

Unfortunately, little roots meant no tree cover, and we were exposed to the sun on the hottest day of our trip thus far. Humidity levels were also high, and there were a few drizzle showers in the morning. We decided to tackle our large area by making two large trenches on either side and then shorter trenches perpendicular to those, much like rungs on a ladder.

Deputy Sherriff Don White was kind enough to help us move a lot of the dirt we were digging, allowing us to continue our trenches with fewer interruptions from emptying buckets – Thanks Deputy Sherriff White! The heat required more frequent water breaks, and by lunch, all of us were soaked in sweat and covered in dirt. Despite this, our team decided to take a later lunch than usual because we were so motivated to continue the work we came here to do – recover the remains of migrants who have been buried
unidentified so hopefully, one day they can be returned home, and their families will have the answers they most certainly wish for. By the end of the day, we reached our goal of finishing the two trenches left in our second (root-filled) section, and digging three trenches in our newest third section.

Even though the UIndy team has not made a recovery yet, we know the work we are doing is important to the greater Beyond Borders/Operation Identification project. Every area we clear is one less that future teams have to worry about searching. Every area cleared means that focus can be put on other areas of the cemetery that have not been searched. This season has not been easy – there have not been markers showing us where the unidentified are likely to be buried, and there seems to be no consistency in where remains are found. We have had to rely on past experiences with recoveries at Sacred Heart, as well as Ground Penetrating Radar (GPR), which can detect disturbances in the soil, but does not guarantee that these disturbances are the result of human burials. This means that the areas currently being searched are the areas considered more likely to have unidentified migrant remains. Often times this leads us to corners of the cemetery, which are considered undesirable locations to sell to the public, or areas between plots that may not be big enough for standard coffins. So even though we have not made a recovery, we remain determined to check every area we possibly can while we are here, because we know that there are more remains at Sacred Heart just waiting to be found. Our bodies may be tired, but our passion for this initiative keeps us going. The unidentified deserve to have a name, and their families deserve answers. Six days down. We have three digging days left, and I can guarantee you that this team will use every minute moving as much dirt as we possibly can.